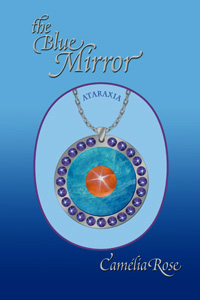 At the engagement party of her cousin Bijou, Angelica Moldavi of Austria meets Marquis Laurent Le-Fouet of France. Six weeks later, still in Pennsylvania, Angelica and Laurent celebrate their engagement. The Le-Fouets adhere to the Swedenborgian faith and Angelica agrees to be baptized accordingly. The decision is made that the cousins will marry in Scotland.

After returning to Austria, Angelica and Bijou prepare for the wedding; getting their trousseaus ready, and being instructed in the Swedenborgian religion. Famous Helen Keller wrote My Religion; the Swedenborgian faith.

In October, the cousins are baptized into the family faith by Bishop Craig Cunningham-Whip in Scotland. Then there is the double wedding attended by the far-flung Le-Fouet Whip dynasty, their friends, and associates.

A year later, vacationing with friends and relations in the Bahamas, Laurent says that religions are blueprints for how to achieve a harmonious society and entails the belief in an imperishable, invisible, personal soul. He proposes that the group found a new church for the 21st century embracing the best teachings of extinct and existing religions: A package deal. The Church of the Veil, That Holy Dove is launched.

Angelica receives the title Celestina the Sibyl of That Holy Dove and Orfeo Livingstone, married to Josey, Laurent’s younger sister, becomes Rex Magus of That Holy Dove. The debate starts about the history of the soul, the story of humanity. This soul, what is it? What is its color? What does it look like? It has neither body nor color. Is it then nothing? Winds have neither color nor body. Are they nothing?

Angelica gives birth to a bundle of joy: twins Amador and Roseline.

Laurent buys the Sibyl an island in the Bahamas and builds her a shrine in the shape of an egg: the Orphic symbol. Peregrine Island, a place of pilgrimage, will become a tourist attraction.

Ceremonies give life a rhythm—life without rites, rituals and festivals is drab—so the Sibyl creates exciting shows for That Holy Dove.

Prophets and sibyls are God’s associates. The brain envisions invisible realms. Celestina the Sibyl becomes adapt at creating prophecies. Her famous one called "You-Gene" will become fulfilled in the 21st century. Not being able to hear the voices of God and his angels is the Western world’s conception of spiritual sanity. However, illusion suffers when confronted with reality.

Moving to Sarasota, Florida, Orfeo starts a religious academy for training missionaries. Language is a mirror for creating ideas and Orfeo’s radio sermons attract a large audience. "The source of sin is in the mouth."

Laurent is involved in a hold-up and becomes wheelchair-bound for life.

Religious meetings are now held at château Fort-Fouet near Aix-en-Provence. In the courtyard, church members re-enact the Council of Nicaea (Arianism/Sabellianism) held in 325 AD by Emperor Constantine, founder of the Roman Catholic church.

March 3, 1965: Peregrine Island. Celestina the Sibyl inaugurates her shrine. Mystics say that light beholds the entire cosmos; the eyes are the mirror of the soul or interior cosmos. Laurent gives Angelica the Eye-of-Faith, a precious jewel, which she calls Ataraxia: imperturbability.

Laurent performs the "Ceremony of the Omphalos Stone."

Back in France, Laurent has a stroke, but with the help of a speech therapist he recuperates. Worried, Laurent starts looking for a "replacement husband," in case he dies, who can support Angelica in her role as Celestina the Sibyl. She accepts Laurent’s choice.

Spring, 1967, at château Fort-Fouet, they celebrate the coronation of Laurent as Seraphim of That Holy Dove.

Tragedy strikes again. Josey dies in a car accident. The funeral is held at château Fort-Fouet. Orfeo, Rex Magus, now a widower, announces his desire to remarry a very young woman. Laurent decides she must go. The woman is blackmailed with incriminating personal pictures and with Laurent’s blessings disappears to New Zealand.

Claire, Laurent’s older sister, informs him that she is pregnant; she’ll be a single mother. Laurent orders her to marry as he doesn’t accept a bastard Le-Fouet child. Brother and sister quarrel violently. Laurent has a heart attack. A week later, he dies. Mortified, feeling guilty, Claire agrees to marry the baby’s father.

It is January, 1969. From around the globe, mourners arrive at château Fort-Fouet to attend the funeral of Marquis Laurent Le-Fouet, Seraphim of That Holy Dove.

After the funeral, the family lawyer gives Angelica Laurent’s last will and testament that he signed before he died. The "appointed husband" is present. Angelica is in shock when she reads the new will where Laurent "hints" at a new future: that she should "envision" a new direction.